Admin 8/10/2016 05:22:00 PM
TS EAMCET 3 Notification 2016 has issued by JNTU, Hyderabad which is available on its official website @ www.tseamcet.in. EAMCET 3 Exam schedule has confirmed now. Telangana State Council of Higher Education (TSCHE) has announced the step of the board to conduct Telangana EAMCET 3 Exam. The state government has announced Mr. Yadaiah (JNTU Registrar) is going to take charge as EAMCET-3 Convener. After a long dispute among the fraud case in EAMCET 2, the Telangana state government took a decision to cancel the EAMCET 2 Entrance exam. EAMCET 3 Entrance Exam 2016 is going to fill Medical seats available with the colleges of Telangana state. The historical decision was taken by board headed by Sri. K. Chandrashekar Rao, Chief Minster of Telangana to conduct the exam again. And Finally, TS EAMCET 3 Notification 2016 has released. 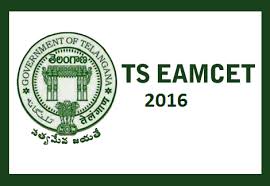 Telangana EAMCET 3 Exam Schedule has released on its official web portal. Many candidates went in dilemma with the fraudulent occurred in EAMCET 2. Candidates those applied earlier are only eligible to write EAMCET 3 Entrance exam again. The students those not applied EAMCET 2 can not apply EAMCET 3 Exam freshly, the news released recently. With old registration numbers the students can download a fresh EAMCET 3 Hall ticket 2016 to attend the exam.
The candidates who forgot registration number can also download hall ticket by transaction number, previous hall ticket number and ssc hall ticket number. They can download EAMCET 3 hall ticket by previous hall ticket number. And for all students, the travelling allowance has provided. Means, Students can travel by bus freely (showing hall ticket).
EAMCET 3 Medical Entrance Exam 2016 is going to conduct on 11th September, 2016. The EAMCET 3 study material for the students could available on JNTU Hyderabad official website. This major decision taken by state government to avoid fraudulent in the admission process. So, the parents should support the state government and prepare their children towards EAMCET 3 Entrance Exam. Candidates can view more information of EAMCET 3 Notification 2016 at a glance discussed as below;

The qualifying percentage of marks for the TS EAMCET-III-2016 is 25% of the maximum marks considered for ranking. However, for candidates belonging to Scheduled Caste and Scheduled Tribe, no minimum qualifying mark has prescribed. But their admission will be limited to the extent of seats reserved for such categories.